(REVIEW OF 'HEGARTY ON ADVERTISING', TURNING INTELLIGENCE INTO MAGIC, BY JOHN HEGARTY, HYDERABAD)

One of the world’s most influential admen, who built campaigns for Johnnie Walker and Axe, says brands are moving towards fashion and entertainment.
John Hegarty has an interesting way of looking at a brand. He calls it “the most valuable real estate in the world: a corner of someone’s mind.” Hegarty is an influential name in the advertising business today. He’s the Chairman of Bartle Bogle Hegarty, the cutting-edge agency that has built brands like Johnnie Walker, Levis and Audi — though it is perhaps best known for the remarkable work it has done for Axe deodorants (as a result of which it is now one of Unilever’s global agencies).
When Hegarty speaks, people listen. And that’s what makes Hegarty on Advertising important reading. Its title didn’t happen by chance. It is a cheeky reference to David Ogilvy’s famous Ogilvy on Advertising (1983); but if that was yesterday’s manifesto, this is tomorrow’s. 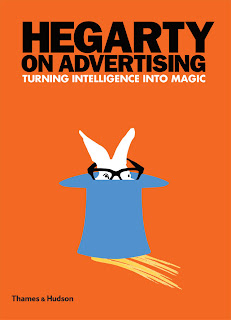 A brand, Hegarty points out, only exists in a consumer’s mind. It is not so much about a product’s features as it is an agglomeration of stories created around a certain brand vision. The art of storytelling has always been at the heart of any great brand. Technology may enhance its impact in the future, but good old-fashioned storytelling is the most powerful form of communication we have for engaging, entertaining, persuading, learning and brand-building. And it always will be.
So where are brands heading in the future? Hegarty tells us in a word: “fashion-tainment”. While performance is still important, he sees brands — across categories — moving inexorably towards the worlds of fashion and entertainment. Indeed, our entire lives are increasingly driven by fashion. Not just the clothes we wear but the homes we live in, the foods we eat, the cars we drive, the places we travel to, the causes we support, even the organisations we work for. The issue is not how a product works (that is taken for granted today) but “What does it say about me?” In other words, the brand as a fashion statement.
That’s also why Hegarty hates the word “consumer”. He considers it old-fashioned and demeaning, assuming complacency, mindlessness and a subservient, one-way relationship between producer and buyer. Instead he prefers the word “audience”, which immediately changes the terms of engagement: audiences, after all, seek to be entertained. They engage, they enthuse, they show commitment and, if you treat them right, they come back for more.
On the issue of technology, Hegarty says that today, thanks to technology, a brand can have conversations with its audience in ways we couldn’t dream of 10 years ago. But then, that same technology also enables the audience to talk about the brand among itself. Which means that the consumer owns and controls the brand more than ever before, and plays an even more important part in shaping it and its success or failure. Any brand custodian who misunderstands this relationship does so at his own peril.
This kind of technology is also is a marketer’s wet dream, because it enables the marketer to target the consumer with greater precision and cost-effectiveness than ever before. And with that, naturally, comes the temptation to rely on this technology to the exclusion of conventional broadcast communications. But that, Hegarty warns, is dangerous. For a brand is not only made by the people who buy it, but also by all the people who know about it. Selling may be the primary function of advertising but it is ultimately the brand’s fame that adds value, and protects the brand against competitive pressures. And fame, obviously, can only be built by broadcasting, not narrow-casting. Unless those of us in marketing include broadcast in our brand strategy we will find ourselves talking to an ever-shrinking audience. When managing a brand, Hegarty says, this is something we can’t afford to forget.
One part of the book I found especially interesting was Hegarty’s response to the question, “Which is the world’s greatest brand?” The reason for my interest was that some years ago I had made a tongue-in-cheek presentation on how the Catholic Church “brand” was built, by using a brilliant combination of market segmentation, symbols, music, “store design”, “brand rituals”, “sponsorships” and a deeply motivated “sales force” (a presentation that went on to create some interest in Ogilvy’s Asia-Pacific network at the time). So I am flattered to see that John Hegarty seems to agree with me. In a discussion on the world’s greatest brand — Apple? Nike? Coca-Cola, Marlboro, Volkswagen Beetle? — Hegarty says it is none of these but instead the Catholic Church, which he calls “the world’s first truly global brand”.
As he says, “Coca-Cola’s global expansion was masterminded by the legendary Robert Woodruff, with his rallying cry of, ‘Within an arm’s reach of desire’. Well, the Catholic Church pioneered that concept 2,000 years earlier.” He goes on, comparing the Church’s “outlets”, for example, with today’s Apple Stores and Nike Towns, saying that the latter, while superbly done, can never generate as much passion as the former. There’s just one thing, however. As I pointed out in my presentation, despite the brilliant brand it has built, after over 550 years in the Indian market, the Catholic Church still has a market share of only 1.7 per cent. There’s a moral in this story, somewhere.