James Bond – the spy, the cult and the brand
Anvar Alikhan (JWT Mindset, Hyderabad) was honoured with ‘WPP Atticus Award of Merit, 2012’ in the Branding and Identity category.

Anvar’s winning paper, “Ve know your sekret, Mr Bond” looks at evolution of James Bond from a fictional secret agent to a global brand over the years. Since its take-off James Bond films have grossed $5 billion – the second biggest grossing film series of all time, after Harry Potter – and as someone calculated, 25% of the world’s population has watched at least one James Bond movie. In this paper, Anvar sumptuously illustrates how James Bond is no longer just a fictional spy, or even a cult figure, but a superbly managed global business. 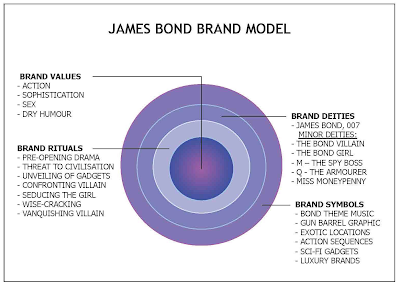 Discussing the superbly managed global business, Anvar says, like every brand, you can put a brand value to it, calculated to be between $2.5 billion to $3.5 billon. That makes the James Bond Brand slightly smaller than, Ferrari, Harley Davidson and Starbucks brands, all of which have been valued at approximately $3.5 billion, and rank among the world’s 100 most valuable brands.

(The article appeared in the Times of India Crest Edition http://www.timescrest.com/coverstory/ve-know-your-sekret-mr-bond-8611)

For more details on complete study, please write to anvar.alikhan@jwt.com