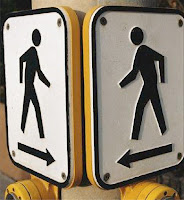 Every human being is rife with conflicts. And so is all great communication.

From the Mahabharat, the Ramayan, the Bhagavad Gita, Romeo and Juliet, Macbeth and Othello to Sholay, Devdaas and Tom and Jerry!

Serials like Full House deal with everyday family conflicts – growing up and looking after. Picket Fences picks community conflicts, Chicago Hope picks professional conflicts – ethical issues, personality clashes, professional-personal balances and more. The hit TV comedy show Home Improvement starring Tim Allen, centers around wanting to appear macho and being a family man at the same time. The protagonists capture our imagination – by finding solutions against odds. As we laugh and warm up to win-win resolutions, we resolve our conflicts too.

Conflicts imply a negative scenario and arise when we ignore needs that are essential to our well-being: our own needs, others’ needs or the group’s needs. Or from how we define or use power, our values and our emotions.

But when managed effectively, conflicts become catalysts for growth and innovation, force new ways of thinking, and trigger the mind to generate new ideas.

How brands use conflicts

In the area of mobile telephony, Orange discovered “the more technology isolates people, the more they want to communicate in groups”. And used this to its advantage by being the first to introduce Group talk and messaging.

Time and again, fashion brands have had to resolve the conflict between individualization and social conformity. Fashion satisfies man's desire for novelty, for differentiation, for individuality and still, at the same time, it makes for social adaptation and uniformity of action.

Luxury brands present a very interesting paradox. To quote: “it looks as if awareness feeds dreams-- but purchase makes dreams come true and therefore contributes to destroy it. This is the essence of the paradoxical nature of the marketing of luxury goods. The best-managed companies learn how to turn the paradox to their advantage.They position themselves at the intersection of two segments.”

Chupa Chups, the world’s leading lollipop, has very successfully explored the contradiction in the lollipop eating experience. “The eating experience is one which feels incredibly private – it is involving, playful and lasts a long time. At the same time the stick makes this experience one which is always displayed publicly. Introversion meets extroversion.”

There are any number of other examples where Health meets Indulgence, Nature meets Science, or Tradition meets Modernity.

With its enormous economic and social disparities, and ability to absorb new influences without displacing the old, India is a cauldron of endless possibilities to dip into for new communication ideas. Something the Indian diaspora has drawn from with much success – be it films like Bend it like Beckam and East is East or the prize-winning successes of Indian writers in English.

Today’s parents would love to take their kids out to a cool international fast food joint - but then the Indian tongue craves for its own typical tastes. So Pizza Hut creates the spicy paneer and masala curry pizza, even though the Italian visitor might shudder to see what has happened to his country’s specialty.

Consider what RmKV, a saree store in Chennai did last year. The ‘pavadai’ (long skirt) did not have the usual traditional floral patterns, but scenes from the universally loved fairy tale Cinderella and this year Snow White. By resolving a conflict (how to make my child dress traditionally when her environment is shaping her style to be so Western) – a successful new product idea was born, an instant hit with both parents and little girls alike.

In every conflict lies an idea!

So, when sitting down to write a piece of advertising, how can we use this rich fund of insights to explore the world of possibilities?

This model suggests an exploration on two axes: Relationships and
Areas of conflict

Just look for a conflict to negotiate your way through - and feel that light bulb go over your head!

Who knows, you may land up with new unexplored advertising ideas… like pulse-calming watches, or perhaps adrenalin-arousing nail varnish; or cars that take you closer to nirvana, or walking shoes that are an answer to crowded car parks. Or maybe technologically advanced bubble-gum to improve a child's school grades…or separate bathrooms to improve a marriage!

So let's always ask the question: Is our brand milking the conflicts in our consumers' minds?
at 7:07 PM